It is the embodiment of the duality between unity and being a unique individual. The wolf is part of the whole (a stem, a group, a family, etc.) but as a separate individual, s/he is also a full member of the pack. 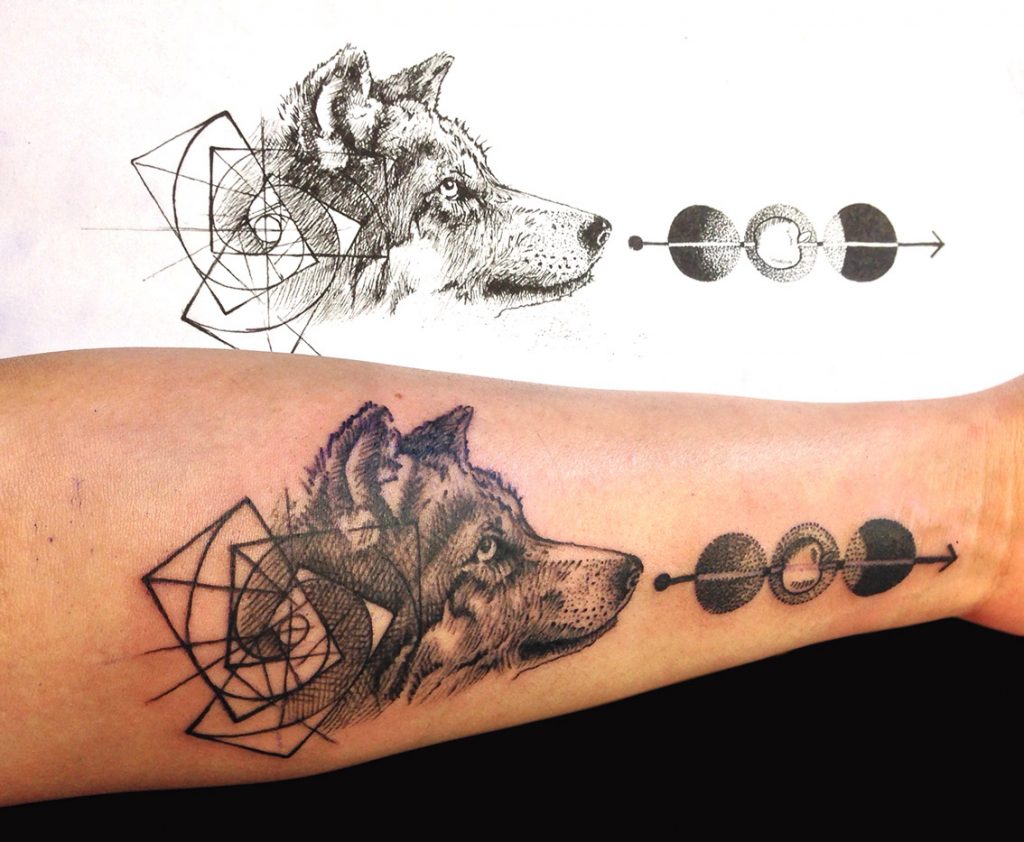 The wolf symbolizes loyalty and protection. Not just toward people but also principles, and faith. Wolves are traditionalists, as traditions and customs are kept in order to ensure order in society. A wolf passes down the gathered knowledge, s/he is an amazing teacher, wise and patient toward weaker members. His communication skills are outstanding, his strength multiples in a group, he is intelligent and can make decisions quickly.

When someone chooses a wolf tattoo, s/he must respect and take this animal’s amazing qualities into consideration.

In different parts of the world, there are different legends connected to the wolf: 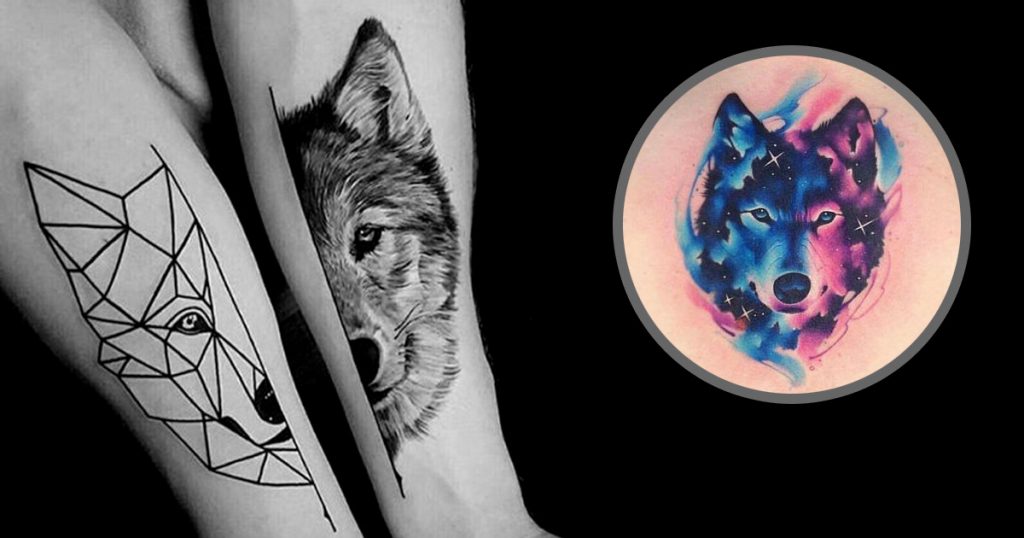 The Story of Two Wolves

An old Cherokee is teaching his grandson about life. “A fight is going on inside me,” he said to the boy. “It is a terrible fight and it is between two wolves. One is evil – he is anger, envy, sorrow, regret, greed, arrogance, self-pity, guilt, resentment, inferiority, lies, false pride, superiority, and ego.”
He continued, “The other is good – he is joy, peace, love, hope, serenity, humility, kindness, benevolence, empathy, generosity, truth, compassion, and faith. The same fight is going on inside you – and inside every other person, too.”
The grandson thought about it for a minute and then asked his grandfather, “Which wolf will win?”
The old Cherokee simply replied, “The one you feed.”

In Roman mythology, the wolf is a sacred animal. Romulus and Remus were the founders of Rome, who were originally saved by a she-wolf.

Ancient China: wolf is rather a negative symbol: it stands for excess, or insatiable lust.

In Alchemy, antimony has been associated with the wolf in late medieval texts, also called as the ’grey wolf’ (lupus metallorum) as it was used to purify gold.

Among Asian, Japanese and Turkic people, the wolf is a highly respected animal, the protector of children, who also ensures a safe childbirth.

The Secret History of the Mongols begins with a sentence: “There came into the world a “Borte Chono” (blue-gray wolf) whose destiny was Heaven’s will. It is the progenitor of Gengis Khan, who united the nomadic tribes and founded the Mongol Empire. That was the largest contiguous empire in history.

There are several wolves in Norse Mythology: Fenrir or Fenrisúlfr. He is one of the son of Loki and Angrboða, As he became bigger and more frightening, the Gods requested a magical binding, the Glepinir to hold him down. Odin also has two mythical wolves: Geri and Freki.

In the Finnish Kalevala, it is a wolf and a bear who invent iron.

Tattoo Globe - May 29, 2020
Dotwork is one of the most complex style in tattoo. It’s made of a selection of dots where the pattern and the shading is...

As a tattooist, we face a lot of questions every day, from idea to designing tattoos and to sewing. Tattoo art is the same age as mankind, and it is important to know when, what, where, or why we get tattooed.
We write Tat2Globe to keep you informed.

Read it with love, as we wrote it:
Réka Csajághy & Marianna Nagy
MadCatsTattoo

The Lotus – meaning and symbolism